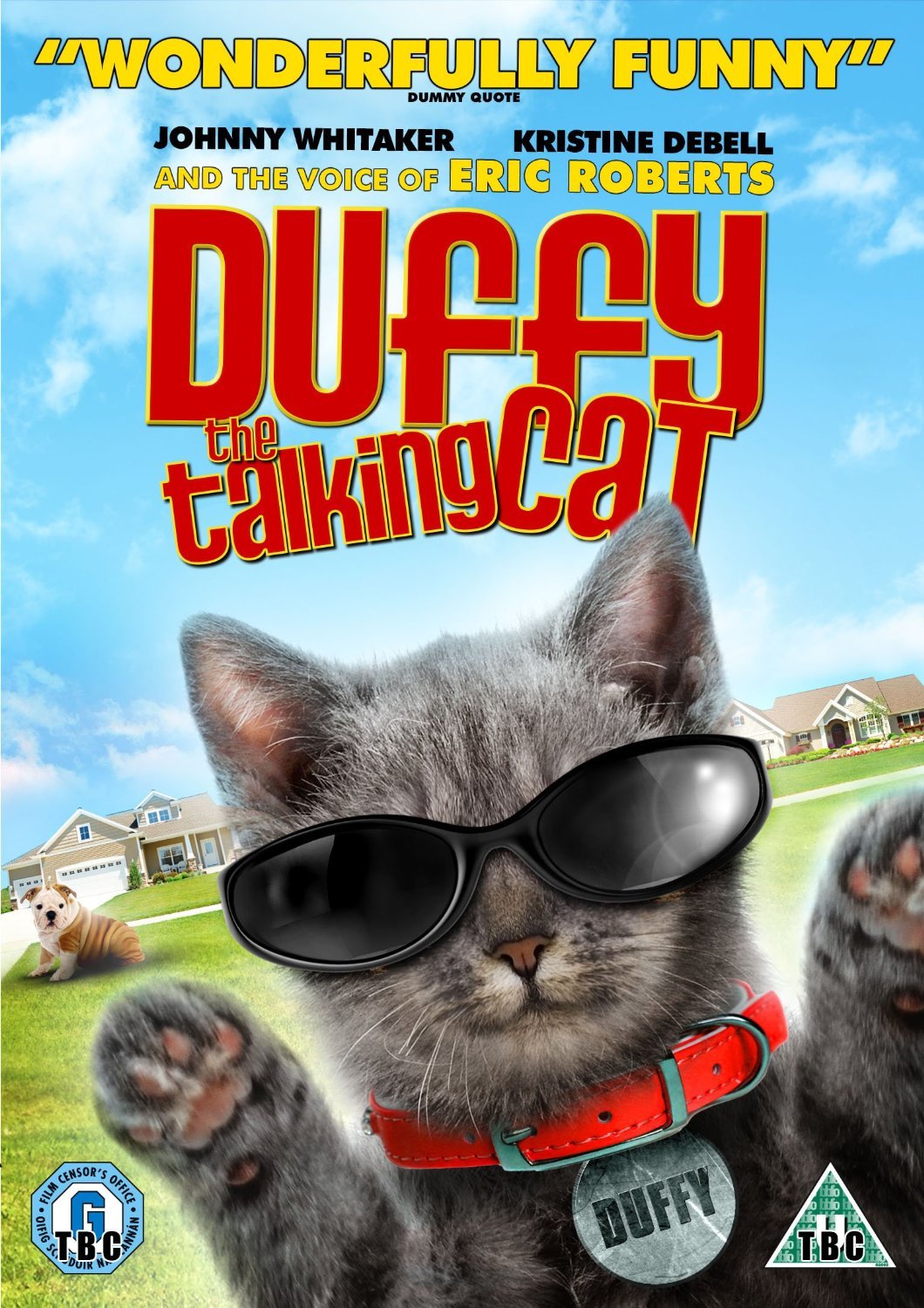 Finally, A Talking Cat!?! has made its way across the pond! But what’s this? The movie’s punctuation must have been lost over the ocean. It was probably like that episode of Wings where they had to dump stuff out of the plane so they wouldn’t crash. Wings.

Not only has the punctuation been dropped, but the movie is now titled Duffy the Talking Cat. Which is sad, really. The mark of a good movie is when the title of the movie is said by one or more of the characters. There are plenty times “a talking cat” is delivered on screen. But nobody says “You know, Duffy. The talking cat.”

You’ll also notice that the cat in the art still isn’t the cat from the film. Nor is the dog back there in the film at all. Especially a dog that is thinking “a cat with sunglasses? I’ve got to lay off the sauce.”

And last, but not least, we have “Wonderfully funny” said by Dummy Quote. Now, this is probably a placeholder until someone actually says something nice about Duffy the Talking Cat (don’t hold your breath), but I’d like to think that they’re just quoting some dummy who said “Wonderfully funny” sometime. Probably about a chicken parm sandwich. What a dummy.

So, keep it straight everybody. Elevators are lifts. Apartments are flats. And A Talking Cat!?! is Duffy the Talking Cat.